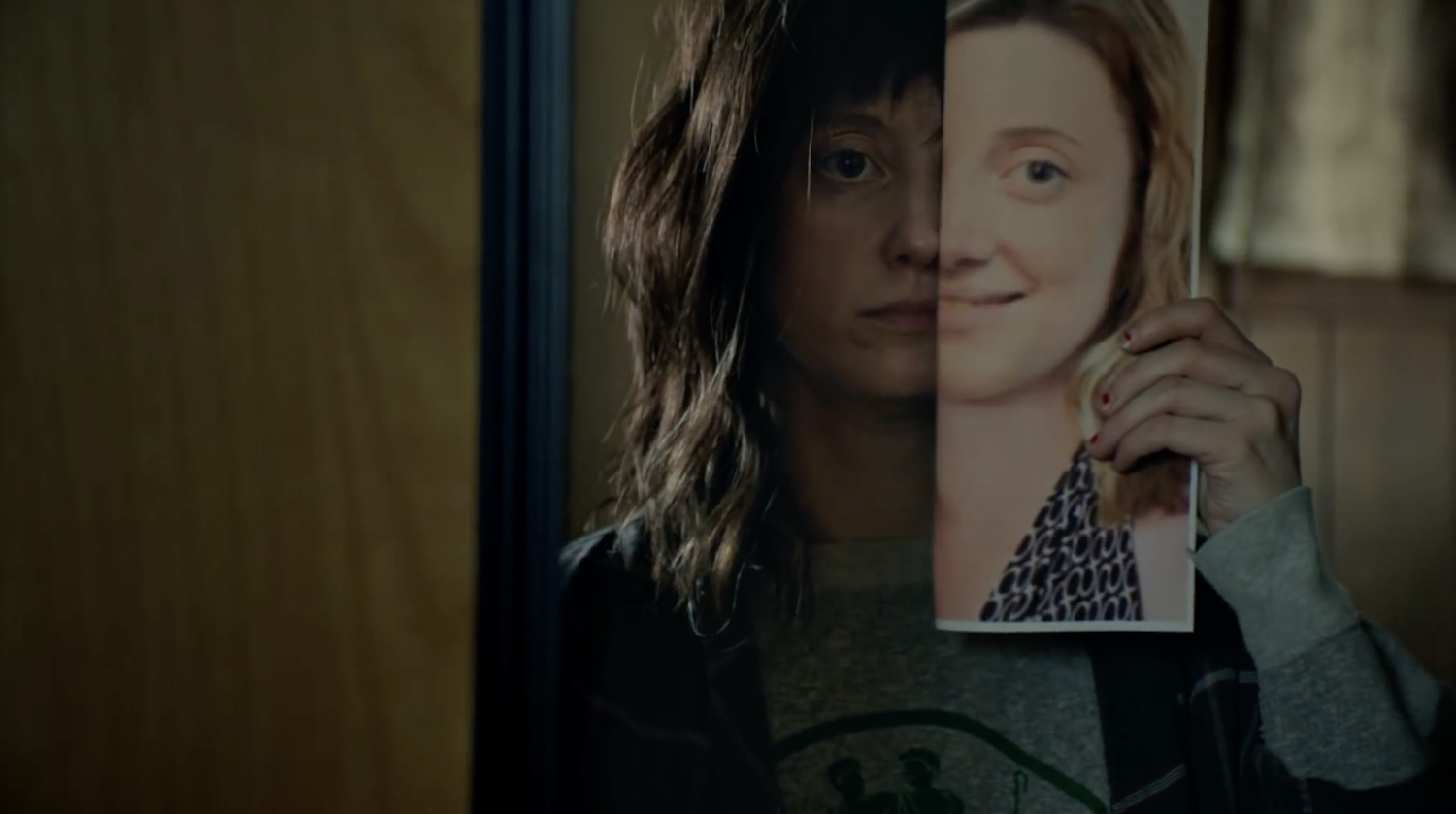 I remember watching the 2013 Tom Cruise vehicle Oblivion – not a particularly memorable film – and finding the actress who plays the protagonist’s initial partner of some interest, though trapped in a role that afforded her few opportunities to shine. Shortly thereafter, I caught the British-Irish co-production Shadow Dancer, in which that same actress – Andrea Riseborough – was given a lot more to do, and rose to the challenge. Since then, I have seen her in supporting roles here and there, including in Birdman, Nocturnal Animals and, most notably, in Battle of the Sexes, in which she plays Billie Jean King’s hairdresser and first lesbian lover. In that last film, Riseborough delivers a sweet, gentle performance that enriches the story with its understated power. Now she is back, in the lead role of Nancy , writer/director Christina Choe’s feature debut, where she more than fulfills the promise of her earlier work. Indeed, she is magnificent, all the more so because the character she plays is marked by an almost pathological emotional restraint. Subtlety, thy name is Riseborough.

Winner of the Waldo Salt Screenwriting Award at the 2018 Sundance Film Festival, Nancy tells the tale of a thirtysomething woman with a tenuous grip on reality who convinces herself that her sad life is not the one she was meant to live. While watching a fiftyish married couple, on TV, discussing the 30th anniversary of their daughter’s abduction, Nancy is struck – as are we, the audience – by the resemblance she bears to the artificially aged photograph of the little girl. It’s an almost perfect fit. Since her mother, with whom there was no love lost, has just died, she can’t confront her directly, but little clues in the family’s files – through which she immediately digs – offer support for her theory. And so she travels to upstate New York, after first contacting the couple and sending them her current photo, to put theory into practice. What follows is both beautiful and poignant, for no matter which way the story goes, there’s a tragedy at its center.

Skeptical at first, that couple, played by a superb J. Smith-Cameron (Christine) and Steve Buscemi (The Cobbler), slowly begin to accept the possibility that Nancy could be their daughter, all the while waiting for the DNA results. Since we’ve seen earlier scenes of Nancy misbehaving, we have our own doubts, too. Still, the coincidences add up, so perhaps it’s true. Writer/director Choe has a perfect sense of mise-en-scène, cinematic composition and performance, carefully moving the story forward to the catharsis to come, seducing us with the possibility of a happy end. At the conclusion, I was indeed sincerely and deeply moved, though not in the manner I had anticipated. Wherever lies the truth of the central narrative, what is irrefutable is the awesome talent on display from all involved. Nancy is a heartbreaker, and that’s a good thing.