We live in an era where getting one’s films out into the open seems easier than it ever was, and it’s a rare thing these days for independent filmmakers to forgo the internet and social media when it comes to promoting one’s films. It shouldn’t be much of a surprise when filmmakers — already a pretty introverted bunch — come off as indifferent to the endless sea of noise that the internet can often feel like. If independent film is about delivering an artistic vision that is individual and unique, promoting films through social media can feel exhausting and pointless — just one more type of conformity.

Blake Eckard is one such filmmaker whose indifference to self-promotion is such that he even wrote about it at length for IndieWire once. Only recently has Eckard begun to tentatively embrace social media, even going so far as to create a Facebook page for his most recent film, Ghosts of Empire Prairie. Eckard’s films are set in the Midwest, and feature characters who go against the stereotypes we see in more mainstream films set in what has often been referred to as “flyover territory.” Not only is Eckard uninterested in stereotypes, he is also not interested in whether his characters are likeable or not. His previous film, Bubba Moon Face, doesn’t seem to feature a single character who hasn’t done some contemptible deed. Eckard doesn’t judge —he simply observes, and although his characters seem to be stuck in a perpetual hell from which there is no escape, he does offer a sliver of hope.

Ghosts continues along these lines by introducing the main character of Lonnie (Ryan Harper Gray), the type who moves through life unmoored by family or relationships. The film begins with Lonnie returning to his hometown for an ostensibly short visit, and he soon discovers his past is something that can’t be gotten rid of so easily. His relationship with his family is something that has been broken his entire life. His mother died giving birth to his brother Ted (Frank Mosley), only to have his father find someone much younger to serve as a stepmother of sorts for him and his brother. Upon returning, Lonnie finds Ted caring for his near-blind father Burl (Jon Jost), who has nothing but hatred for his estranged son, although the feeling is no doubt mutual. Lonnie and Ted still have a decent relationship, however, and their catching up on things dredges up the ghosts of the past in the film’s title — both experienced unspeakable childhood trauma at the hands of their father’s best friend Terry. 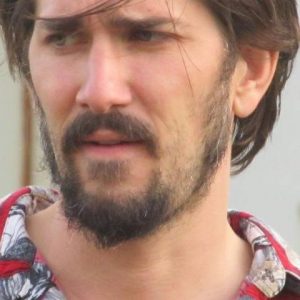 Taken at face value, the film’s narrative might come off as simplistic, but Eckard’s story is all subtext, with subtle hints interspersed throughout the film, many seemingly offhand remarks made by characters. For example, has Lonnie really been off in the rodeo in Wyoming? Burl expresses his skepticism at that story. In one of the film’s most interesting scenes, Lonnie visits his former stepmother, where they begin to play out their perverse sexual relationship that has gone on for years. The scene concludes with the film’s most disturbing moment and leaves us without an answer as to what really is going on — if anything at all beyond the obvious.

If Bubba Moon Face offered hope in the form of its title character, a baby who at least had the chance to grow into someone not like the twisted family he was born into, Ghosts of Empire Prairie offers little in the way of consolation of a better future for its characters. If Eckard’s hellish vision of Midwestern families continues onward, it’s hard to imagine things being more bleak than they already have been, but Eckard’s Midwestern take on the passing over of generational sins goes places few independent films ever venture, and one wonders how far into the darkness the path goes. 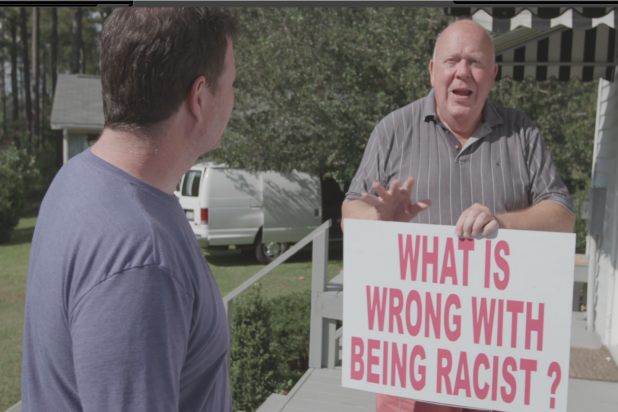