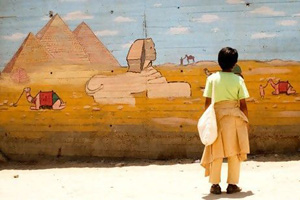 After shooting for the moon on its opening night—and by no means missing, courtesy of Wes Anderson’s superb Moonrise Kingdom—this year’s main competition at Cannes hits a palpable slump with two movies committing very different sins. Yousry Nasrallah’s After the Battle dramatizes the aftermath of the Egyptian crisis that developed into the Arab Spring. It tries to convey the pungent atmosphere of a nation brought to boil as well a whole country’s confusion in figuring out what just happened. Issue-raising and incessant shrieking can hardly pass for characterization and drama, and thus the movie quickly sinks into the lower depths of noisy political tedium. Instead of making the issues at hand seem organic to its characters’ lives, After the Battle is perfectly happy to turn its vocal heroine into a statement-spitting puppet, neglecting all sense of an actual passion that would animate her as a human being and an activist as well.

Where Nasrallah’s editorial of a movie is merely tiresome and sad (in the way it wastes one of the most pertinent events of our world’s recent history), Jacques Audiard’s Rust and Bone was something else entirely: a bloated and contrived piece of violent melodramatic trash that drew immediate grunts of disbelief from yours truly, and yet managed to sway the press screening audience into a round of hearty applause once the credits rolled.

The material is pure pulp sensationalism. Marion Cotillard’s Stéphanie is a perky trainer of killer whales who gets both of her legs bitten off during one of her routinely death-defying aquarium stunts. Bullhead’s Matthias Schoenaerts plays Alain, a rough single dad and an overall tough guy: usually employed as a bouncer, he’s no stranger to brawls and starts making money by entering illicit fights, punctuated by quick trysts with whatever girl is willing to have his battered body thrust upon her groins.

A brittle, legless girl and a beefy slugger with a heart-o’-gold yet to be discovered (a concept that could warrant a solid 1930s melodrama at the very least) is way too small for Audiard, whose driving ambition seems to be to include as many heart-tugging clichés in Rust and Bone as possible. He eagerly cashes in on many a predecessor’s success in administering various brands of mush—we get an Old Yeller sob, a Way Down East moment of icy danger-and-rescue… and more, much more.

In the end, the film (much like the director’s own vastly superior and richly complex A Prophet) seems to be mostly about the alleged redemptive force of ritualistic violence. Alain and Stéphanie’s ultimate bonding happens in a vaguely racist scene of our hero being beaten into a pulp by an unnamed black contender, with Cotillard looking on in some atavistic bliss and managing to inspire her man to win. It’s a measure of the movie’s undigested silliness that by that time her impeccably incomplete CGI-gams are already adorned in a Robert Mitchum pair of Manichaean tattoos, saying simply: “Right” for right and “Left” for left. 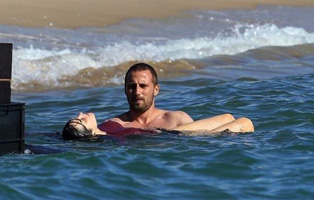 Audiard’s unqualified love of his own tacky concepts made me almost retroactively dislike his two previous efforts I happened so far to cherish (both A Prophet and The Beat that My Heart Skipped managed to present a far more complex and sober view of what violence and vicinity of death does to a human psyche). The only way I could possibly accept Rust and Bone’s brand of vulgar sentiment wrapped in bloodied human tissue would be if the director have played its cheapness up for a full camp-immersion (I can picture Leos Carax doing just that). As it is, the movie presents itself as a piece of gritty, occasionally lyrical realism—a concept that is belied by every other line of dialogue and most of the employed plot devices. A casual (if strange) term of endearment thrown Stephanie’s way by Alain after one of his fights—“his RoboCop,” he calls her—made me briefly imagine the same script being directed by Paul Verhoeven, who undoubtedly would play up its ridiculousness and probably create a masterpiece of self-conscious meta-schlock in the process. Alas, Audiard’s latest is far from meta—it’s the real, icky thing. 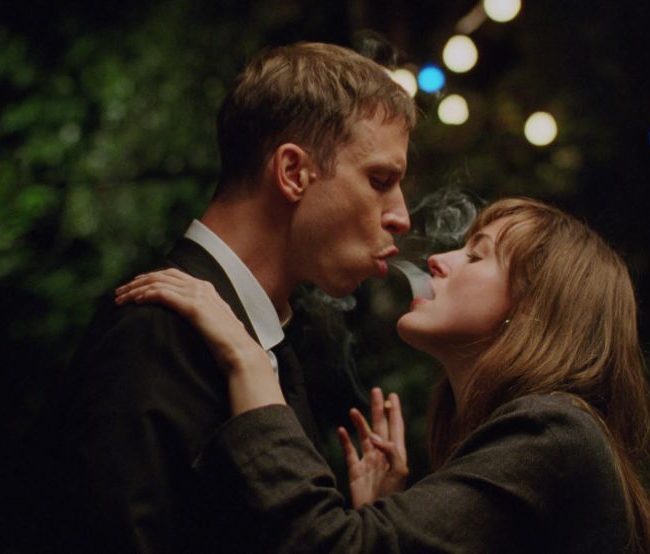