[Disclaimer: As editor of this site, I have found myself in an uncomfortably tricky position this year, but I am trusting that you all will agree that the most honest thing for me to do was to post these reflections as they were received and not edit mentions of my own film out of them. I believe strongly that each contributor has been honest with him- or herself in recounting their favorite memories of this year’s festival, and all I can do is hope that you feel the same way. — Michael Tully]

David Call (actor, The Strange Ones)

Sunday night, me and my good friends from the cast and crew of Martha Marcy May Marlene were dancing it up to the awesome hip-hop at the Pariah party. Suddenly Borderline producers Josh Mond and Antonio Campos come down the stairs with huge grins on their faces; after hours of negotiation they had just sold the movie to Fox Searchlight! Right as everyone is jumping up and down and hugging each other, the great music supervisor in the sky had the DJs put Queen’s “We Are The Champions” on. Really. We all linked arms and started singing along in a circle and I can’t think of a more perfect, cheesy, cinematic Sundance moment than that. Congratulations, I love you guys.

My favorite ending is from Matthew Lessner’s The Woods. Adorned with computer innards and electronic waste, a young man and woman wander through a forest and arrive at a river. She reclines upon a large stone and suns her nearly bare body, while he thrusts his plastic-mop-turned-spear it into the water at an unseen fish. Is this an allusion to the Romantic paintings of the pre-industrial American West? Or perhaps to Echo and Narcissus? Or maybe even Badlands? The Woods is full of images like this, simple images that broaden the scope and context of its highly particular, mythical world.

Megan Griffiths (writer/director, The Off Hours; producer, The Catechism Cataclysm)

Aside from screening my film (The Off Hours) among so many excellent projects, I’d say one of my Sundance highlights would be receiving this stunningly customized poem from the Poem Depot at the Miami Lounge:

“What are they, the off hours?
Is it the truck driver
Sighing into his roast beef,
Or the couple blinking between
Dreams? Or you in this place
Where like a flickering light
You are on-and-off-and-on.
When you hear the hum of nothing
There is a place you see beyond.
Like a beach somewhere, say Miami.
Like a place where the quiet is loud.”
-Yaddyra Peralta

My favorite film was Septien, a beautiful film that perfectly manages that thin line between strange and sweet and comedy and drama. I haven’t laughed, cringed, swooned and empathized like that in a good long while.

My favorite moment occurred late Thursday night, our last night at the fest. We were supposed to be packing and then going to a party by some important person. Instead, the Pioneer crew got drawn into The Princess Bride playing on cable TV. We drank whiskey from coffee cups, laughed, quoted and basked in the glory of one of the greatest stories ever told.

Least favorite: Puking scenes. Also, the parties which kind of made me want to puke for real.

Wandering into Amor Hakkar’s lovely film A Few Days of Respite and being reminded that magic can always found at the fringes.

An incredible late-afternoon drive to the Sundance Resort followed by a walk in the mountains with my wife while HERE screened down below. We passed several locations I used while at the Sundance Directors Lab and the house we stayed in with our boys. Layers of time, place, reality and memory collided in such quiet, powerful ways.

Reading Marc Vives’s comments in this very spot yesterday and feeling so gratified that someone finally noticed the work Ben Foster and I put into his character’s puke scenes.

My first week at Sundance was a whirlwind of things I can hardly remember. All I know is that I didn’t manage to see any other films and I spent a good deal of time feeling strange and wondering how I wound up there with a film like The Woods in the first place. Then, about halfway in, I saw Lord Byron and everything changed. In an instant all the uncertain vibes just sort of melted away. It was strange and hilarious and beautiful. I laughed and laughed and laughed and smiled and suddenly felt warm and shiny and at home in the snow.

I attended this year’s festival as part of my producing fellowship with the Sundance Institute. It was the last gasp of formal education on how to navigate the film industry.

Arriving early one morning for a panel I killed time by reading Gavin Smith’s interview with James L. Brooks about his latest film How Do You Know. In it he recounts Reese Witherspoon’s character’s first visit to her shrink. She asks if “there’s one general thing that you found over the years to be generally true in a general way that would help anyone with any situation?” to which the shrink replies, “Figure out what you want and learn how to ask for it.”

My favorite moment during the festival was seeing Jon Foy win the award for Best Director / US Documentary. Not only did I truly love his movie Resurrect Dead, but the story of how he made his film while being a house cleaner and then getting to Sundance is just so inspiring to me. During his speech he said: “Never give up. Because if you give up, you know what’ll happen.” It’s so simple, but I feel like all artists on every level need that reminder.

Whenever I attend a festival I go there hoping that I will encounter at least one new, inspired filmmaker who is doing something different and who is at least a little bit crazy. There were plenty of great new films at Sundance this year, but for me the single wildest moment of the fest was the flamethrower scene in Bellflower. A fever-dream of a film from start to finish, Evan Glodell’s feature debut is an entirely unhinged film about confused yet passionate 20-somethings, and the sheer irresponsible joy of burning a scarecrow with a homemade flamethrower is a perfect metaphor for the destructive impulses of wayward young men.

The sublime moment at the end of Joe Swanberg’s Uncle Kent, when we saw video in which the main character is playing with his toddler relative (niece? nephew?) several years before the story takes place. Sad, funny, and achingly bittersweet, we see the position the character is seemingly resigned to, largely unknown to his family except as a distantly revered comic figure, and alone in the world.

Not sure about my favorite movie, but my favorite experience was seeing a triple-header of 3 great movies in a row: Circumstance, In a Better World and Another Earth. Though they were not necessarily my favorite 3 films of the festival, seeing them back-to-back-to-back with almost no break and no assurances that I would like any of them, let alone all of them, and then to have them all deliver, made me feel very good about the state of Independent film.

The opening shot of Lech Majewksi’s The Mill and the Cross: a 450-year-old Bruegel painting revivified through modern means, animated with green screen, breathtaking actual locations, elaborate mattes, hundreds of extras, and playing Bruegel, oh yeah — the star of Hobo with a Shotgun, Rutger Hauer!

If ever there were a collision of high and low culture at Sundance, it would be the programming of Hobo and The Mill and the Cross — both connected by Mr. Hauer’s grizzled mug. Who would’ve thought Rutger Hauer would be the It Girl of Sundance?!

And of all the film moments at Sundance, the first few seconds of The Mill and the Cross — when I realized: Oh, wow, this film is actually aiming to unpack the imagination of an artist and the soul of a painting! — gave me the most electrifying jolt. A lot of “ooh”s in the audience at the Egyptian, myself included. Such an ambitious film, with so many stunning and ghastly images. We’ll still be marveling at this film decades from now.

It’s hard to pick a favorite but it’s going to have to be our pre-Library screening “party” where Todd Rohal brought his own Tostitos Scoops into this Mexican restaurant and we all drank shots of whisky, tequila and Chardonnay from inside said Scoops daring each other to fight back the vomit for another round. Lindsay blasted Jimmy Buffett through her iPhone speaker, Buzz took a picture of his scrotum and the waitress cut us off at 10pm, everything else is a blur.

I wanted to avoid talking about a couple of friends’ movies (especially since one of them is an editor on this here site), but it’d be disingenuous… they were most definitely the most exciting moments at Sundance for me. Seeing the premieres of The Catechism Cataclysm and Septien at back-to-back midnight screenings after watching both Todd and Michael take the plunge (to quote Tully) only a few months before and make their films, however possible, would have been exciting enough on its own. But that they were in equal measures funny, beautiful, strange, and in their own completely unique and bizarre ways, wholly personal films was beyond inspiring. I am certain without a doubt that I would have loved the films just as much if I had no connection to the filmmakers and that made it that much more sweet… I was immediately sucked into these weird, hilarious worlds with barely a thought given throughout to the birth and process of their creations.

Danfung Dennis’ Hell and Back Again is a necessary reminder that coming home from war is a never-ending battle. This documentary is emotionally harrowing, but beautiful to watch. The shot selections and sound design get us inside the headspace of Sergeant Nathan Harris and take us on a subjective journey through his painful journey back from war. Dennis’ ability to have Harris completely open up to Dennis is a true testament to Dennis as a brilliant and brave documentarian. It’s important that stories like Nathan Harris’ are told, and Dennis’ beautiful cinematography and direction have left a lasting impression on me long after watching the film.

***Be sure to read Filmmaker/Industry Reflections (Pt. 1) if you haven’t already!*** 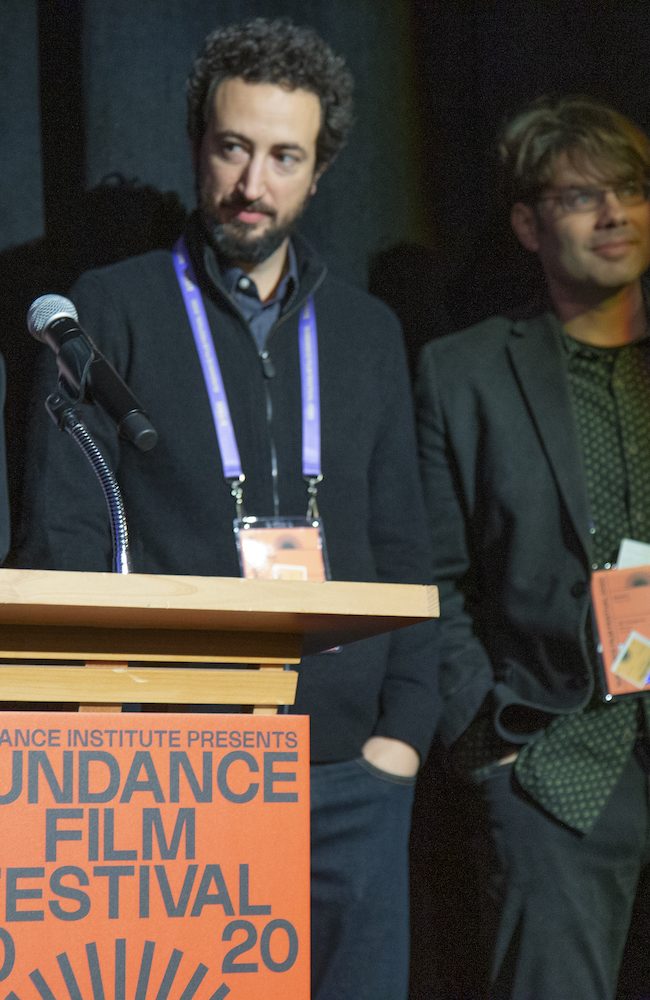 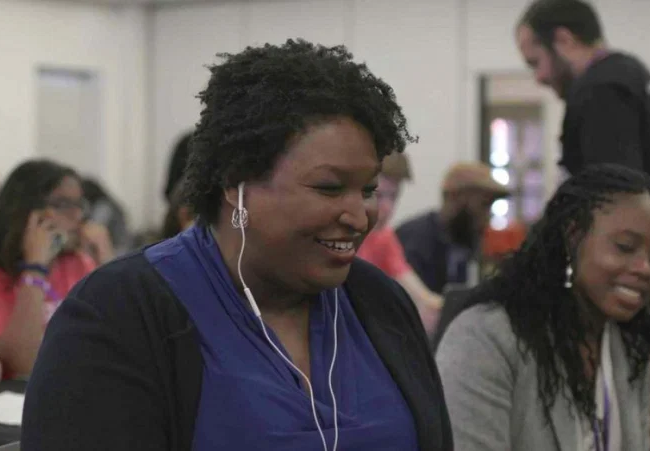