HOUSE OF THE DEVIL, THE

(The House of the Devil is distributed by Magnolia Pictures and Dark Sky Pictures. It is now available on home video in the following formats: VHS/DVD Bundle, DVD

Most film writers would rather not admit how severely one’s pre-existing personal tastes influence their ultimate appreciation of any given movie.  Is it a matter of pride? Stubbornness? Ignorance? It’s there all the time, but in the case of some films, those ingrained prejudices and proclivities align so tightly with a director’s vision that one must fight hard to stop writing their gushing review before they’ve even seen the thing. But this can also backfire, for when one knows they are dealing with something that gives their personal taste buds a warm, soothing hug, this adds an unfair measure of expectation; when a filmmaker has so many elements in place but doesn’t completely nail it, that can give rise to a deeper form of sorrow. Which is a longwinded way of saying that—in the interest of full disclosure—I was thoroughly predisposed to digging Ti West’s The House of the Devil. But this also means I was more set up to be genuinely disappointed by it. Which would it be?

From the very first shot, an immediately foreboding slow zoom into the back of a figure who is looking out a window, to the subsequent opening credit sequence, set to an ‘80s-rific score and featuring freeze-frames of the film’s pretty heroine walking across a chilly college campus, I had my answer: OH MY GOD, YES. But a part of me remained concerned that West wouldn’t be able to maintain this groove, that this flawlessly authentic opening would lead to a deflation somewhere along the way and I would be even more frustrated than when I saw Eli Roth’s first few films and realized that the interviews I’d read with him contradicted deeply with the films he’d actually made. Could West, who was just a small child in the ‘80s, actually pull it off? Could he make an artifact and approach it with a 1980s state-of-mind, as opposed to lamely revisiting that era with either too much fondness or irony? The answer, again: OH MY GOD, YES.

For someone who came of age in the ’80s and devoted all of his free time to tracking down any and all horror movies he could get his hands on, watching the The House of the Devil is a breathtaking experience. It’s a waking dream. For West and his collaborators haven’t made an “ode” to these types of movies; they have made one of them. Aside from some familiar modern faces who show up in the film, The House of the Devil could very well be an unearthed classic from that lost moment in time. 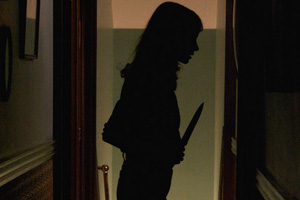 Sam (Jocelin Donahue) is a down-on-her-funds college student who is fed up with her sloppy dorm-mate and wants to move off campus. She finds the perfect situation, but needs to come up with a chunk of cash quickly. She answers an ad for a babysitter, and is at first stood up by the strange voice on the other end of the line (soon to be revealed as an even stranger physical specimen in the form of Tom Noonan). Her best friend, Megan (Greta Gerwig), doesn’t want her to do it, but Sam can’t be swayed. Later that night, as a full lunar eclipse approaches, Megan drives Sam out to an isolated mansion, where Sam decides to take Mr. Ulman up on his offer, even as he confesses that he wasn’t being entirely honest with her on the phone. Megan objects again but Sam assures her that everything will be okay. Pretty soon, Mr. and Mrs. Ulman are gone, Megan is nowhere to be found, and Sam is left to her own devices. But she isn’t alone.

In a film packed with virtuosity on just about every single level—from Jade Healy’s production design (my vote for the very best of 2009) to Robin Fitzgerald’s costume design to Graham Reznick’s sound design to Jeff Grace’s score—what stands out most for me is West’s overall command of the medium. He uses every single tool at his disposal to maintain this increasingly unbearable feeling of impending doom. It’s in his script, it’s in the performances, it’s in those aforementioned technical attributes, but it is, perhaps most importantly, in West’s cinematography and editing. Every camera movement, every single cut is loaded with expectation. A less engaged viewer might watch the slow-burn middle sequence of the film with Samantha poking around the house and call it boring and say that nothing happens. They don’t deserve this movie. For though West doesn’t get overly showy with his camera, he wields it in a way that makes what could be hiding just outside the frame as important as what is happening inside of it.

I’m thinking of one shot in particular, a seemingly insignificant pan as Sam innocently crosses the room. West is pushed in closer on her than we want him to be, which makes the panning feel too rushed. This, combined with shooting Sam in shallow focus, in front of a blurry background, adds innumerable layers of tension. We might not know why our muscles are tightening as we watch this shot, but they are tightening. Not only could there be somebody behind Sam. There could be somebody behind us. But that’s not all, because the way West is panning the camera, Sam could also be walking directly into the terror that we know is waiting around one of these corners, in one of these rooms. West maximizes this threat from every angle, from what we don’t see as much as what we do see. This is a primary distinction between styles of horror, yet for most of us who believe that the threat of what’s inside the closet is infinitely more terrifying than what’s actually inside it, this movie is the good kind.

Of course, that tension is going to reach a snapping point, and, oh, lord, it does. Yet, once again, West seems to have chosen the right moment to let the blood hit the fan. When it happens, the contrast feels jarring, almost like it happens too quickly, but that is only a credit to the authority of West’s previous established groove. Not to mention the fact that as difficult it can be to know when is too much build-up, it’s an equally difficult decision to know how much gore numbs viewers into submission. Here, mercifully, West gives us less than more—in a time sense, that is, for he certainly breaks out buckets and buckets of blood—proving once again that, like a great chef, he is in full control of his ingredients.

While I might not go so far as to call Ti West a master just yet, I have no qualms in calling The House of the Devil a masterful work. Genre aside, this is one of the best new films of 2009—even though it looks and feels like it was made twenty-five years ago. Smart, ambitious, and effective, The House of the Devil proves that one doesn’t need a big budget to pull something like this off. All one needs is someone with Ti West’s talent, as well as the brains to hire an equally talented crew. 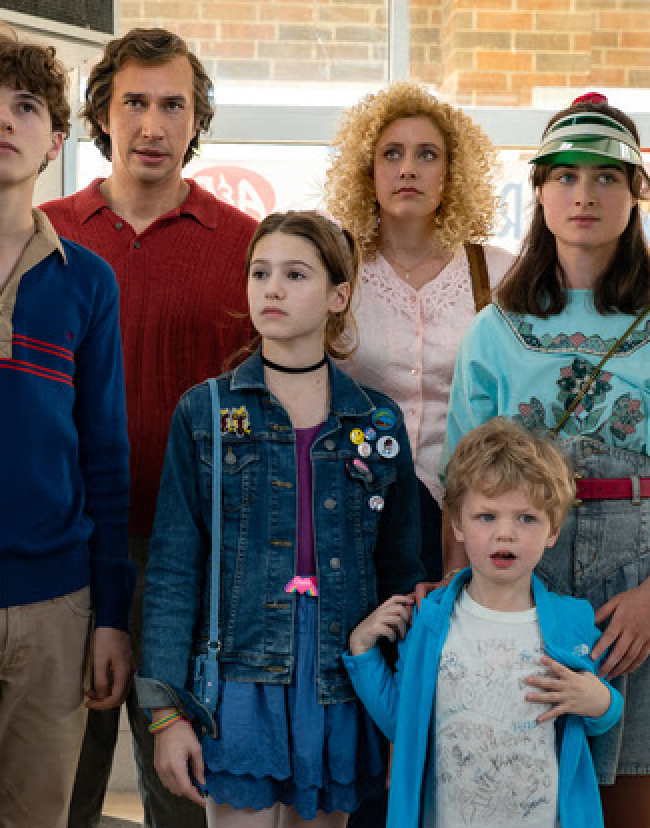