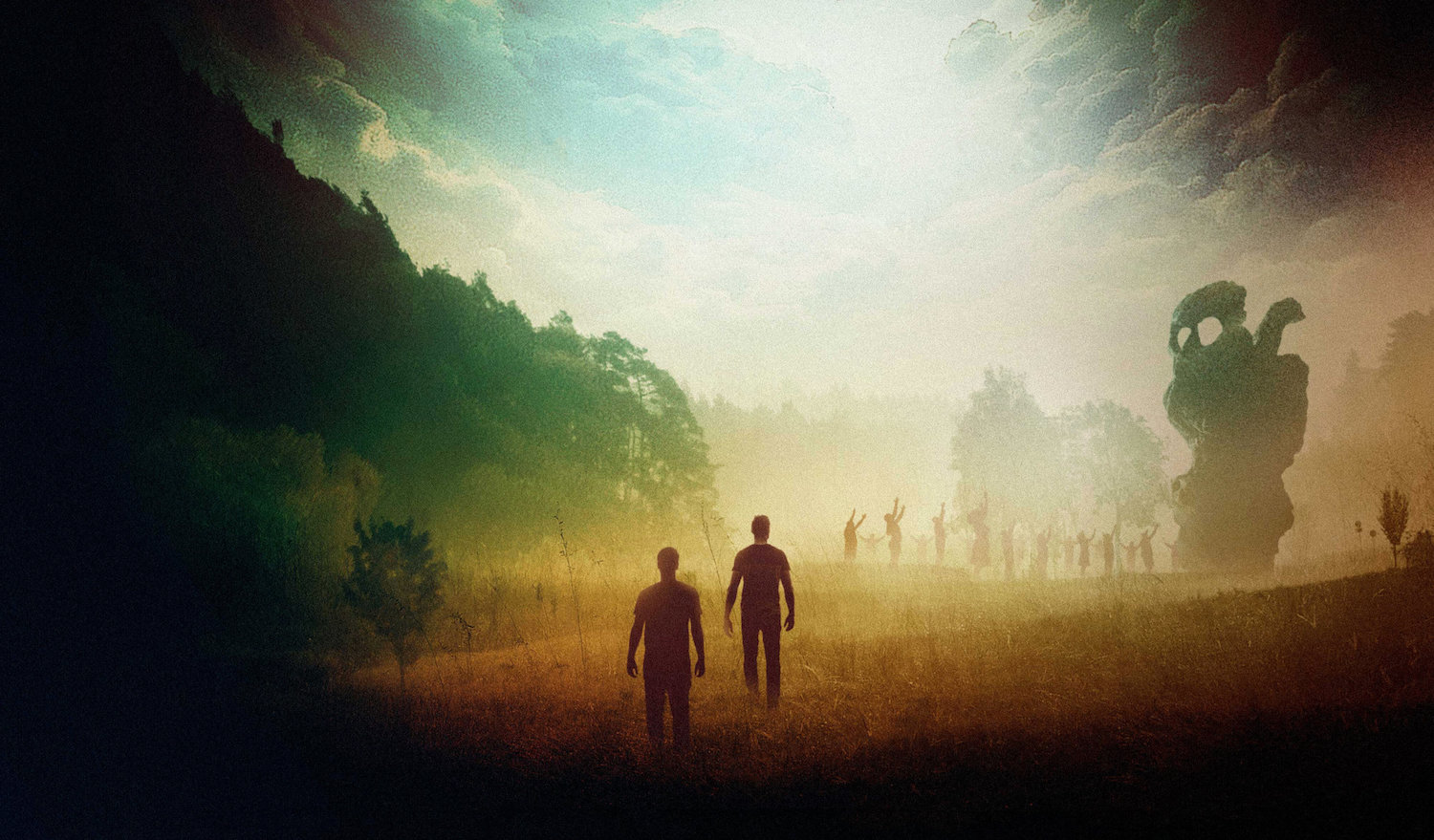 (The 2017 Tribeca Film Festival ran April 19-30. We’ll be having a smattering of reviews throughout the festival and beyond so stay tuned to HtN…)

In a medium as time-based as cinema, it is always a pleasure to watch a film that uses time as its primary subject; not only time, in fact, but the infinite sequence of looping moments that we encounter through moving images, as represented by the devices on which we view them. As The Endless begins, twentysomething Aaron Smith opens a package that contains a weathered videotape, not so damaged that he can’t watch it alongside his older brother, Justin, with whom he lives and works. That tape contains a message from a member of the cult from which they escaped, ten years earlier, and the matter-of-fact way the woman on screen explains what sounds like a pending suicide pact draws the brothers back to Camp Arcadia, where the group – which Justin has dubbed the “UFO Death Cult” – resides. Strangely, when they arrive, no one looks a day older than when they left. Has time looped in on itself, or is it simply déja vu once more?

Aaron and Justin are played by Aaron Moorehead and Justin Benson, who also co-direct (as they did Spring and Resolution); Benson wrote the script. They have a comfortable rapport that helps the tale along without the need for excessive expositional backstory. At first, when they leave the apparent safety of Los Angeles and drive into the hills to their old haunts, their worries seem misplaced. Justin has long told Aaron of the castration rituals and other horrors that forced him to leave, dragging little brother with him, but when they arrive, the folks who greet them seem well-adjusted, healthy, and friendly; that last one comes as a surprise, given the interviews Justin has given to many a newspaper decrying the cult. Even more importantly, everyone claims ignorance of a suicide pact, and of the tape that drew Aaron and Justin back. But little things here and there – including the odd youthfulness of everyone – hint at the strangeness to come.

Slowly, Justin and Aaron notice subtle (and then not so subtle) temporal and spatial shifts in the world around them. Some force is at work, dropping pictures from the sky, conjuring snakes and mountain lions – and even a monster in the lake – and ripping buildings from the ground. First two moons rise, then three. As odd as these events may be, the oddest is yet to come, as Justin and Aaron discover the presence of pockets of time that loop infinitely, like a movie on constant play. Soon they realize that if they cannot escape the allure of the familiar, they may become trapped, as well. Alternately, this could all be a trick of the mind, or of the eyes, like looking through a kaleidoscope.

Although parts of the film seem almost too clever by half, Moorehead and Benson do a marvelous job sustaining an atmosphere of eerie dread, continually keeping us guessing as to the final outcome. As actors, they are equally strong, and have chosen an able ensemble to support them, including Callie Hernandez (Blair Witch) and Tate Ellington (The Kitchen). The visual aesthetic may at times recall ABC’s 2004-2010 series Lost, but by the end the directors have stamped enough originality on the story to make it sufficiently their own. And though some of the effects suffer from the indie nature of the budget, overall this is a compellingly weird, tightly structured science-fiction fable that uses the format to its best effect, time and time again.