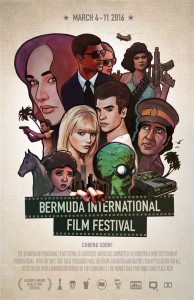 Let’s do the joke now and get it out of the way, shall we? Going to the Bermuda Film Festival? You’re going to see a lot of shorts! That said, the island’s boutique film fest, now in its nineteenth year, does field an impressive array of international short films vying for top honors in an Oscar-qualifying competition.

A selection of the latest art-house and documentary releases from around the world.

A celebration of filmmaking from the region, including Respice Finem: The History Of The Berkeley Institute, a Bermudan documentary about the founding the islands groundbreaking educational facility.

“Films of a darker and more risqué nature befitting their late-night screening times,” according to the festival guide. Which sounds intriguing, although we’re probably not talking Dirty Grandpa here. Let’s hope not, anyway.

Other events include a master class from producer Christine Vachon (whose 2015 Oscar-nominated film Carol starring Cate Blanchett is screening at the festival) and the BIFF Film Academy, comprising the Books to Film initiative, aimed at encouraging an enthusiasm for books via their movie adaptations among primary school kids, and Reel Talk, a documentary screening/discussion group targeted at high school students.

The Bermuda International Film Festival runs from 4 to 11 March, 2016

THE CURBSIDE CRITERION: LINKLATER’S “BEFORE” TRILOGY